March: What To Do Now

I just love the way gardens look this month. There’s blossom and pretty flowers popping up everywhere, and tightly wrapped, shiny leaf buds on shrubs and trees. There’s the promise of something wonderful to come in the air, and if you planted some last autumn, there’s also the gorgeous scent of hyacinths.

The first of March is officially the start of spring, and the start of my busiest time in the garden. There is so much to do. I’m champing at the bit to get it done. Housework and meals will get neglected, and I’ll spend as much time as I possibly can in my garden (apart from when I’m working on other people’s gardens, of course). Here are some jobs that you can do this month:

If you’re growing early potatoes, you should buy and chit your seed potatoes now. Chitting is the process of encouraging your potato tubers to sprout indoors, to get them off to a good start before you plant them outside. Stand the tubers with their rose end up (the end with the most ‘eyes’) in old egg boxes. Then put them somewhere light and cool but frost free. The eyes will soon start to sprout. When the sprouts are 2-3cm long, probably just before Easter, your potatoes can be planted outside. I’ll be growing Desiree and Wilja varieties in bags, rather than in the ground, as there won’t be any spare space in my raised beds.

Other jobs on the veg patch this month include:

This spring, I’m planning to dig and plant up two new borders, and completely renovate an old one, so I’m going to need lots of new plants. A great way to do this is to lift and divide your existing herbaceous perennial plants every two to three years. You can easily turn one plant into two, three or even four plants.

Choose plants that have formed a sizeable clump. Likely candidates for division at this time of year in my garden include: penstemons, hardy geraniums, asters, daylilies, heucheras, lysimachia. Push a fork into the soil with your foot and carefully lever the plant out of the ground. You’ll have to work the fork around the clump to get it to come out undamaged. Plants can sometimes be pulled apart by hand, depending on your soil and how mature the plant is. For tougher root sections, use two forks back-to-back to tease the roots apart, or simply cut the clump up with a spade or pruning saw! Try to create sections that will form decent sized plants. Heucheras may naturally break up into a few smaller rosettes when lifted. Congested clumps of primroses and pulmonarias can also be dug up, and individuals plants separated for replanting, once they have finished flowering.

The RHS has a useful, informative guide to dividing perennials here.

Deciduous grasses, which have turned a lovely, dry straw colour over winter, will be starting to make new growth any time now. It’s best to cut down all the old growth before it gets too tricky to do so later. Take some sharp secateurs or loppers and cut the whole lot off a few inches from the base. It seems brutal but it needs doing if you want them looking good later in the year. Deciduous grasses that need this treatment include calamagrostis and deschampsia. Pennisetums can be done next month, when the risk of frost is completely past. With miscanthus, cut down all the old straw-coloured stems, right to the base, but leave new green growth.

But beware! Not all grasses should be cut down to the ground. Evergreen grasses such as anemanthele lessoniana only need brown leaves and flower stalks removing. Old growth can sometimes be teased out with your hands; imagine you are giving their hair a thorough brushing with your fingers, and gently pull out the old growth. It should come away easily. Stipa tennuissima behaves differently in different gardens; if it’s looking like it’s all dead growth, cut off or pull the lot away, otherwise tease the old growth out if it’s looking fairly sprightly.

It’s good practice to apply a thick mulch around the base of plants (at least 3-4 inches deep) after pruning or replanting after division. Use a mulch that will improve your soil’s nutrient levels, such as garden compost or well-rotted horse manure, rather than bark chippings, which will suppress weeds and aid moisture retention, but won’t feed your plants. 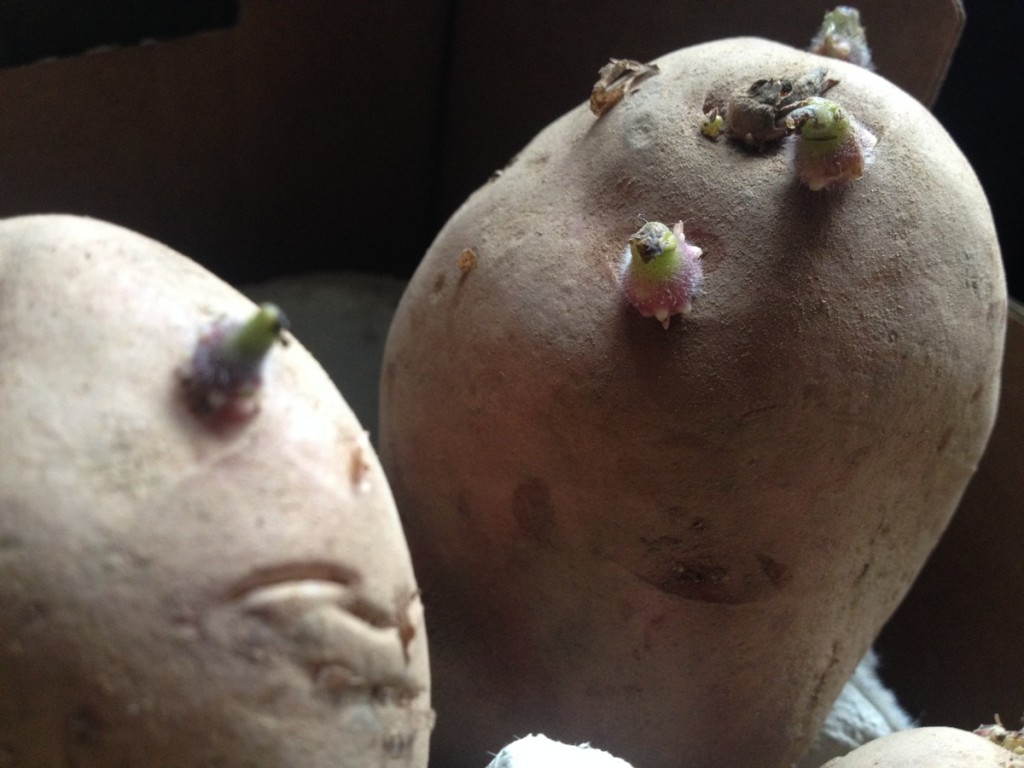 ← My Dahlias Have Arrived! :: Grow-Along
A Prairie Scheme: Quaking Grass And Sneezeweed Skeletons →

After a busy day of planting up a small courtyard

Don’t even remember choosing this combination, b

I am obsessed with these red tulips! Not a colour

The garden of this gorgeous old mill house is next

Just had some lovely feedback from my clients, so

So pretty and fluffy in the morning light. I’d l

These are so much better than your average plant s

Prunus ‘Kanzan’ giving me all the spring bloss

#cottagegoals I cannot begin to describe how heave

School run put a spring 😜 in my step this morni